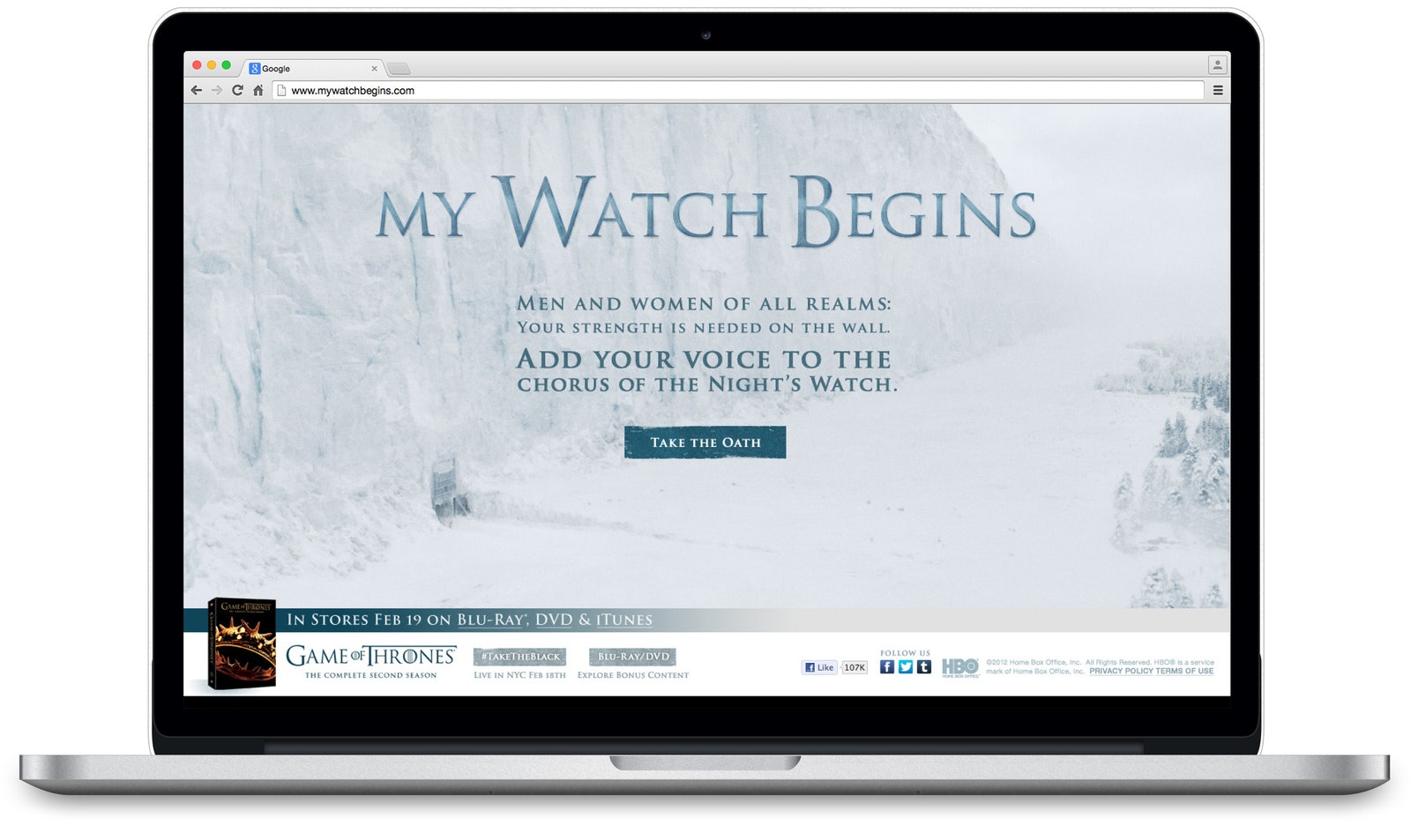 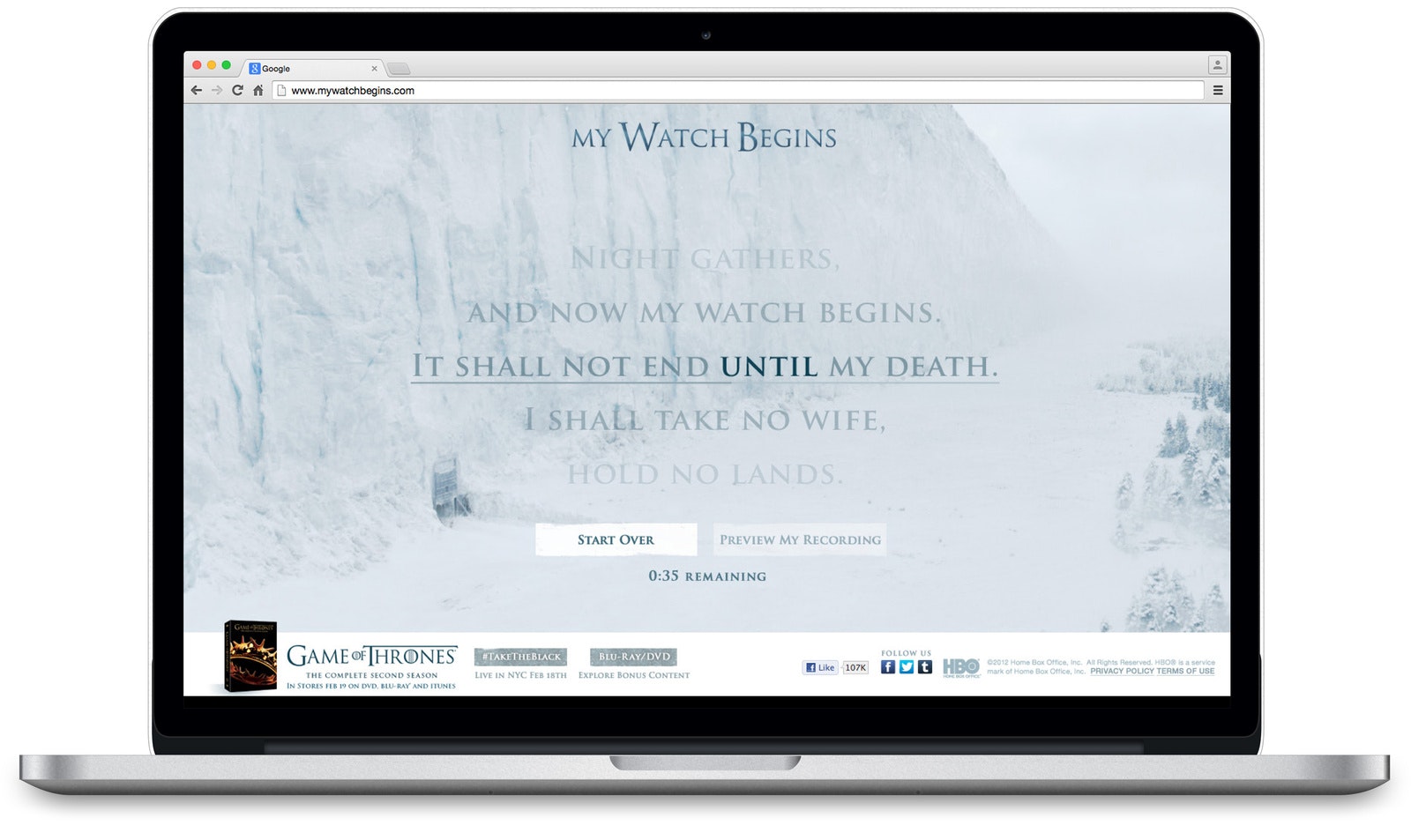 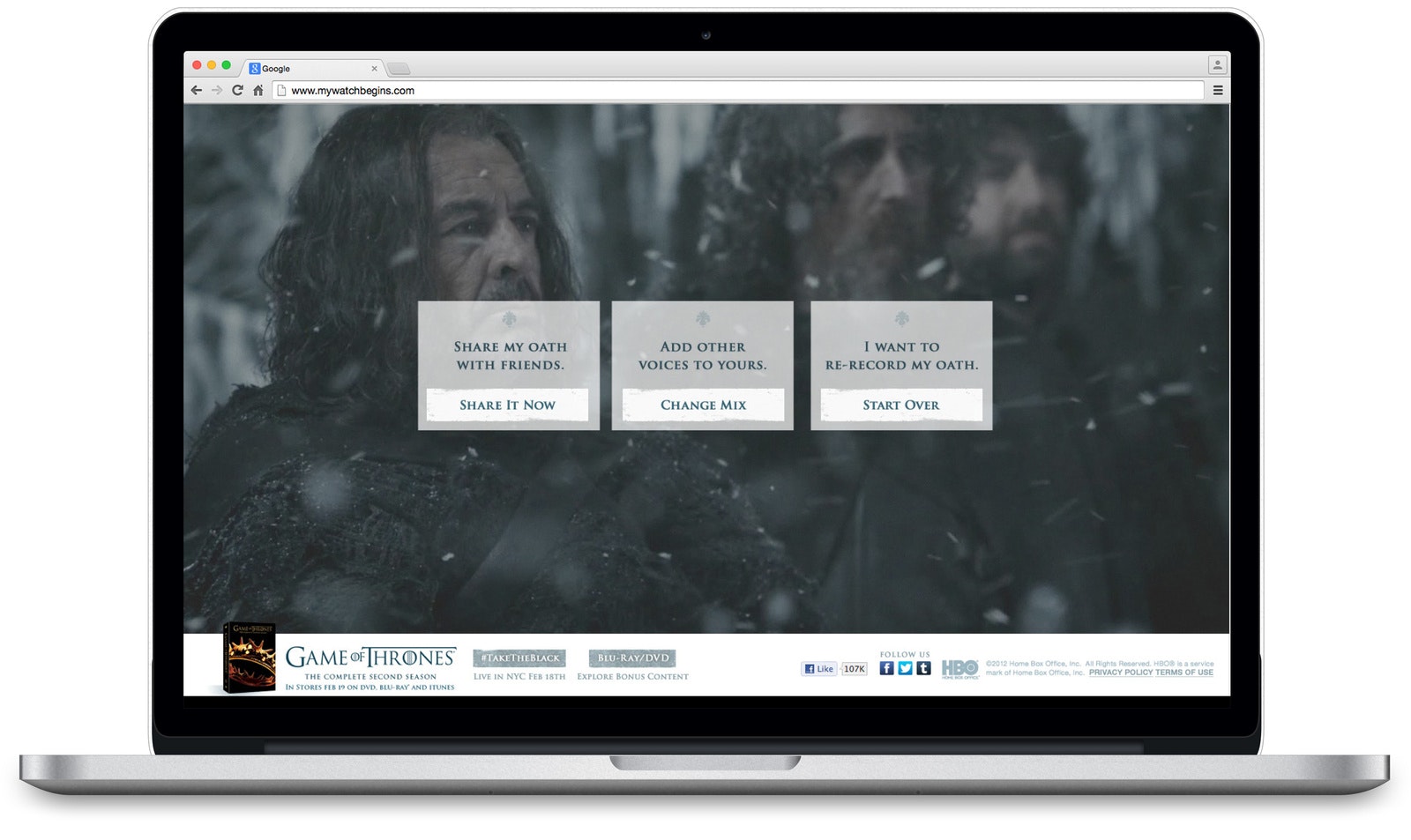 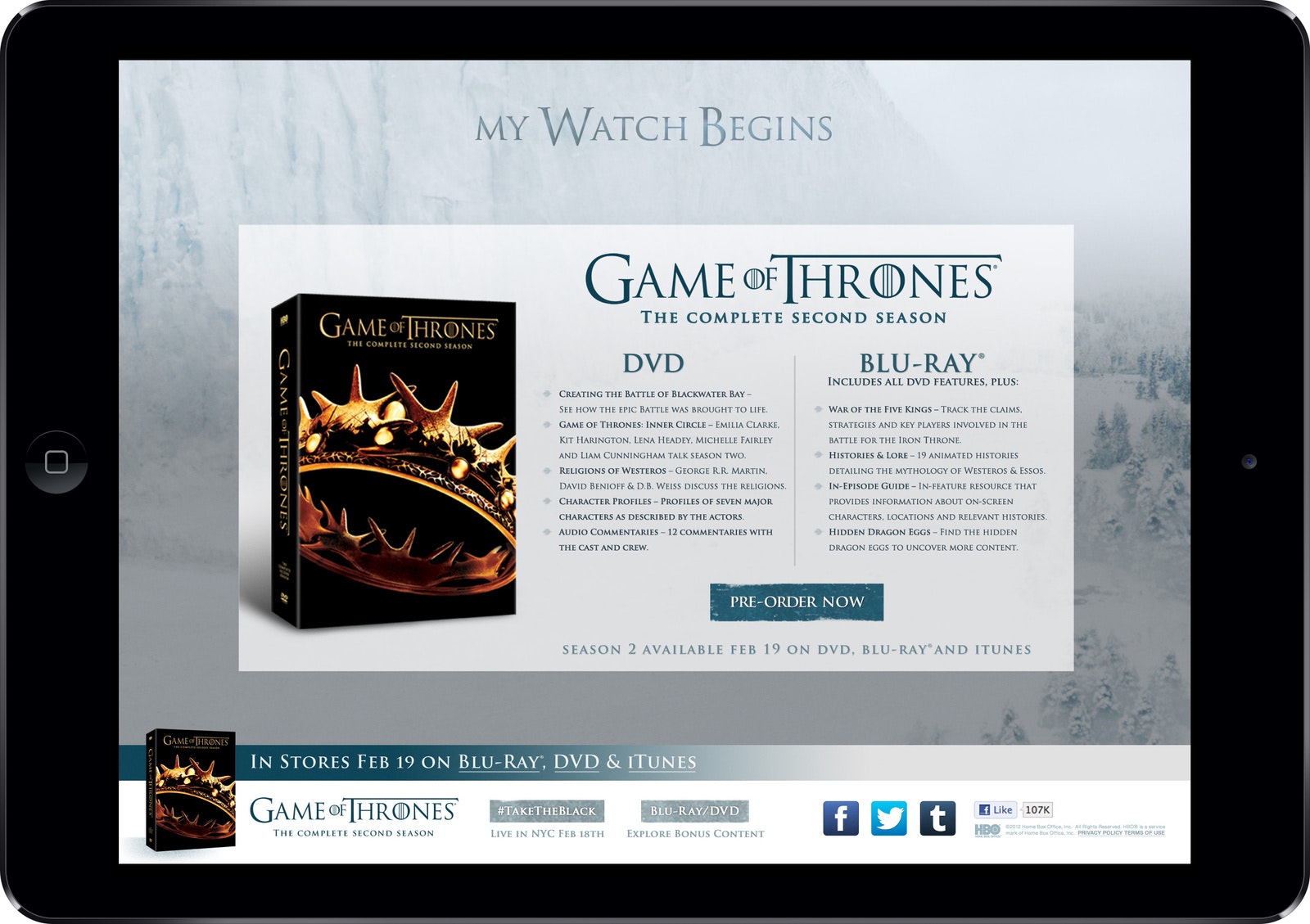 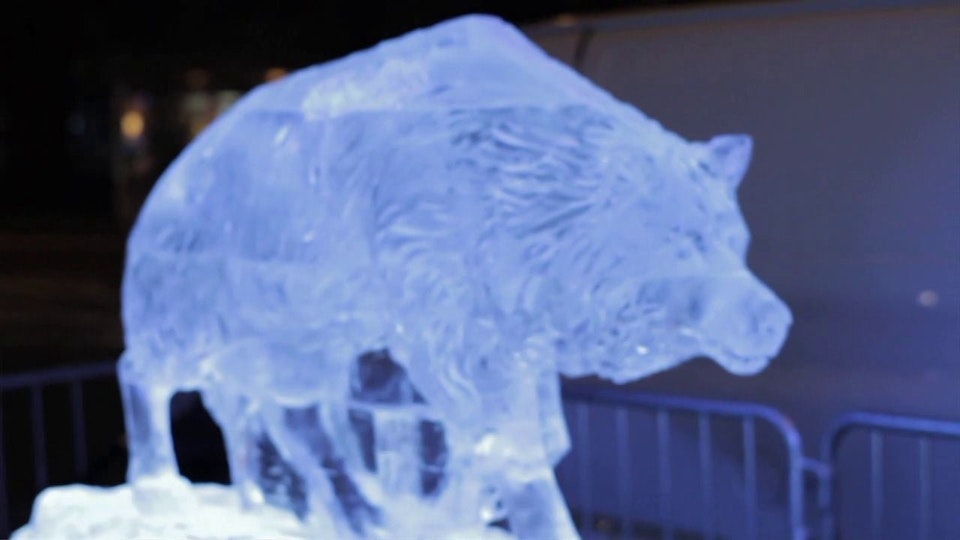 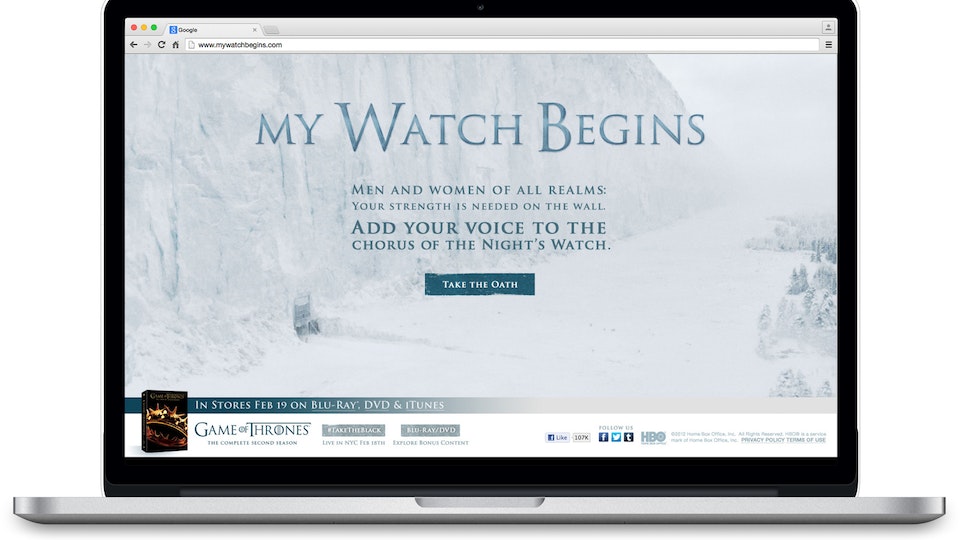 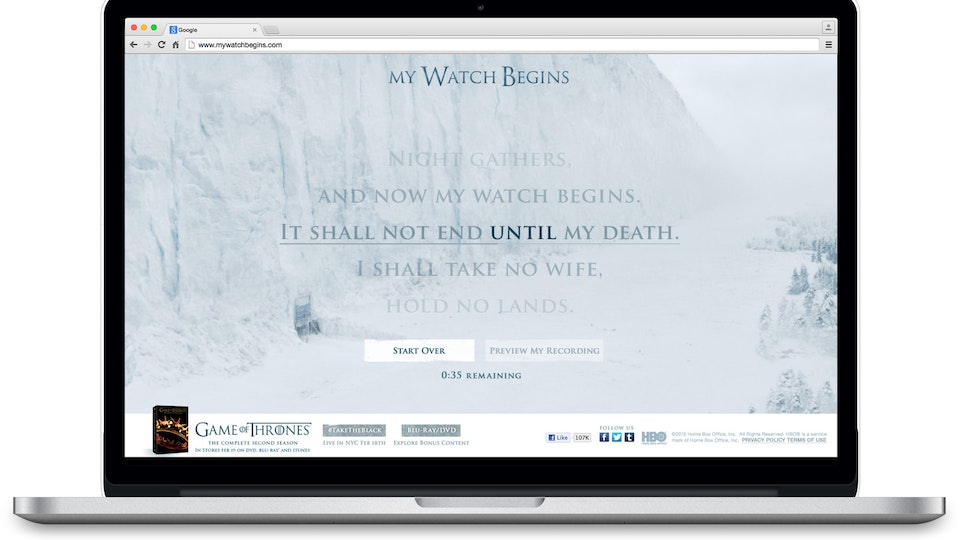 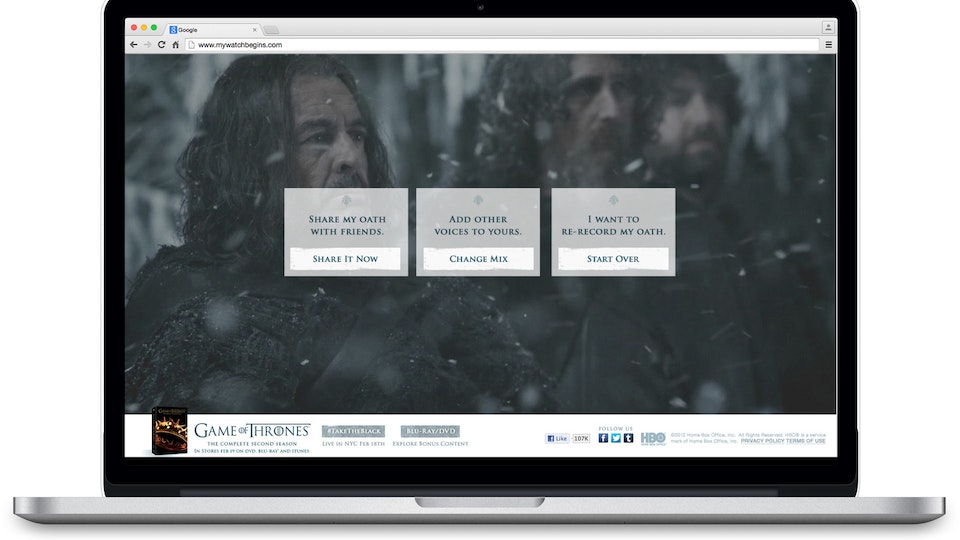 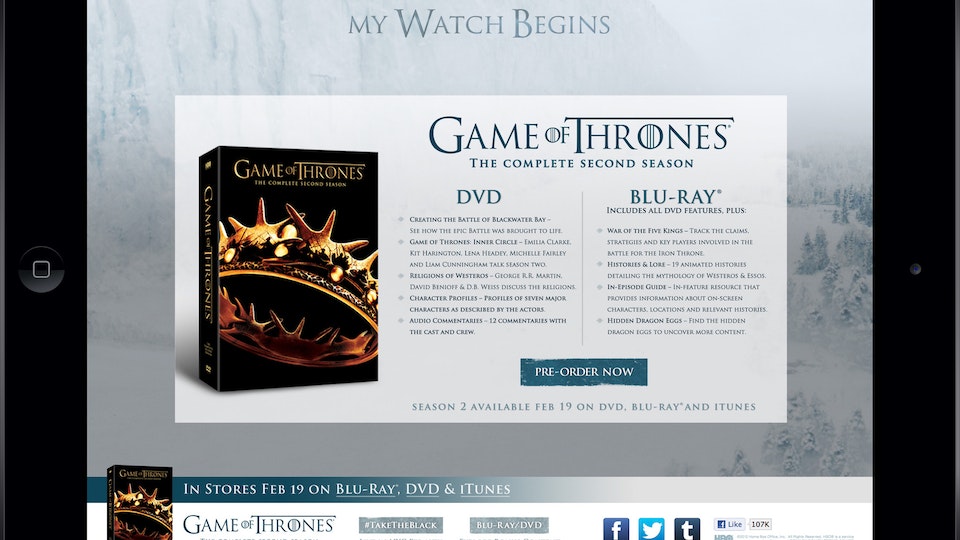 The Season 2 DVD launch excited GoT fans both online and in NYC. It began with fan participation on mywatchbegins.com, by inviting fans to recite the "Night's Watch" oath with Jon Snow. All the oaths could be heard together as one, and shared on social channels to continue the Season 2 buzz. (Even George R.R. Martin recorded his oath!)

In Union Square NYC, Best Buy became Westeros for the launch party. Jason Yang and his orchestra played music from the show, while fans nibbled on Westeros fare and watched a Direwolf ice sculpture come to life. Fans could purchase the DVD and take the oath, all costumed in person.